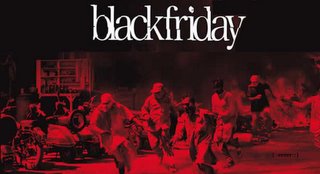 It's a shame that this movie is banned in india.Just another example of our government’s attitude of pushing the bad thing under the carpet and act nothing has happened rather than face the truth and correct itself.

The movie tells the story of How the bombay blasts happened .It starts from the incident and takes us on the trip of how the police pieced all the information together. The movie which does a "how the incident happened?", somewhere in between changes to "Why the incident happened?”. The movie which meticulously constructs the whole story of the blast , goes to the roots and completes the circle. The vicious circle of violence, from the Bombay riots to the Bombay blast.

At the start of the movie when the blast happens, you hear that ringing sound that one hears after a blast.A sound that deafens and numbs senses for a while. The movies comes back to the same blast at the end with that same sound, to the deafness, shock and numbing of senses. 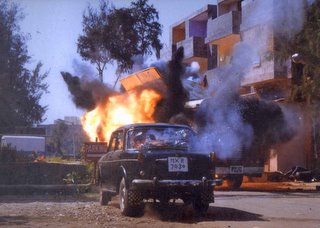 The movie follows an internationally old filming style of Cinema Verite, but a first, as far as indian movies are concerned."Battle of Algiers", Z are supposed to some of the best examples of cinema verite style. This is more like a documentary filming style with focus on realism and the idea, rather than a story about a protagonist (Means no hero/heroine, think about that, an indian movie without an hero, isn't this movie different?).It mostly uses non professional actor's, real location, natural light and most of the scenes are shot on hand held camera's. In black friday you can see that style to a great extent, you can notice that in the movie the, scenes are short, no big dramatics, uses spatial and temporal discontinuity, realistic actions, real locations, non judgmental characterization, news clip inserts for authenticity etc all of which add to the realism in the movie.The fact that the movie jumps from character to character and different locations, breaks the audience continuity on the individuals and makes them focus on the incident. 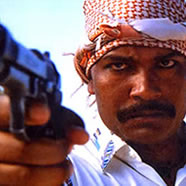 The script is awesome, because the movie follows the book, which is organized by chapters, anurag follows a non linear narration. The book constructs the whole story on information that became available to police and not a complete timeline narration. Anurag who is sticking to the book jump's from bombay blast to ISI training to ayodhya incident breaking the continuity.

He seems to have painstakingly constructed the movie.The movie if broken into distinct scenes, will go into 1000 of small scenes taking place in various locations. The movie is shot in bombay, calcutta, delhi, jaipur and many villages. To capture them one by one at various places that too for a scene that won’t even appear for a minute in the movie is just awesome. It shows the meticulous preparation and the humongous amount of effort that has gone into the movie.In the first part of the movie on an average there is an editing cut for every 10/15 seconds and many of them are scene changes.

Anurag is one unlucky guy for sure. After this much of hard work, his movie still hasn't seen the day.Its hard to think how he will get his energy back to do another movie.After all his movies continually facing problems with the censor board, i wont be surprised if his next movie is a pure dance & fight mainstream movie.

As far as the script of this movie is concerned anurag does not take any sides.He narrates the movie from a journalistic point of view.He could have shown more about the root causes of the bombay blasts like the bombay riots and the babri masjid issue, but i guess that would be an entirely different movie. Think this is all he can show within the context of the blast.

For example at the start of the movie, the blast occurs, a typical mainstream indian movie would exploit this scene to the core, mutilated arms and legs lying around, burning bodies, women folks crying, grief all around. The post blast scene could be used thoroughly to get the sympathy out of the audience, you can make the audience cry out loud with those scenes. But in the movie, you just see one guy crying, a few scenes of bodies being taken on stretchers etc. The scenes then cuts to a guy stealing a gold chain from a dead body, soon you move on to the next blast and in a few scenes later you are with the investigation team. There is no time here to waste on sentimentality, the important thing is the truth behind the incident and not the commercial success of the movie.It's like anurag saying, "Let's move on with the investigation". The journalistic writings of hussain zaidi, well directed by anurag.

Similarly on an another scene, when tiger memon's house is being searched, everybody is eager to know what is going to come out. The way i would expect this scene to play out in a usual movie would be like this, a group of cops ruthlessly ransacking the house with a fast paced back ground music and finding an evidence. But this is a very different movie, you see the cops joking around, the inspector moving into the kitchen to get something to eat, instead of the pacy BGM you hear the sounds of the outside streets, the scene then cuts to the inspector eating a banana and feeling it bad to eat before the constable. Very unconventional way of handling for a hindi movie but realistic and that is the way most of the scenes are handled throughout the movie.

Sometimes the narration cuts to a few lighter ones too. when the police discovers the unexploded scooter. There is this guy who first noticed the scooter. He keeps saying that he always doubted there was something wrong about the scooter to who ever he sees.

Coming back to the editing of the movie, it employs the goddardian jump cuts at many places which gives the edginess and pace to the movie.There is a scene to show the efforts that the police have put to get all kinds of information regarding the memon’s. The way the scene plays out. you see, the tired kay kay taking bath for a few seconds, next cut you see him in the car, next cut you see the long shot of a building, next cut close up of the house, next cut the inspector bent to hear a girl.All these cuts happening in a gap of few seconds.

Like goddard, anurag does this pacey cut followed by a scene that the audience might consider unimportant.The girl tells the inspector about how tiger memon, their angry neighbor used to shout at the kids who were playing outside his house.

Again all these scenes break your effort to make a story out of all the incidents that you are watching. You will fail to get the sense of completeness or wholeness that you get in a regular movie. The narration makes sure that the movie doesn't slip into the tag of another dreamy story which will be forgotten soon, but with the realistic portrayal it makes sure that you will believe the movie 100% and you will always associate the blast with the movie from now on. 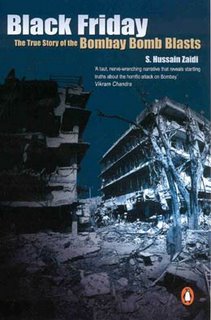 The movie which is based on the book on the same title by hussain zaidi has been in the market for so many years. But the government has banned the movie. Hussain Zaidi was the reporter of the Mumbai newspaper Mid day, which has produced this movie.

The movie addressing the blind peoples of both communities, starts and ends with Gandhi's statements "An eye for an eye will leave the world blind".

Good action by everyone, especially Pavan malhotra and adithya srivastava. Pavan malhotra is back with his bombay accent of "Salim langde pe math ro".He is awesome, when he shows his anger against the hindu’s. 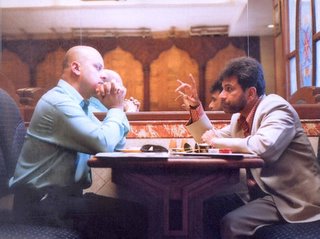 Music:
Music is by Indian Ocean