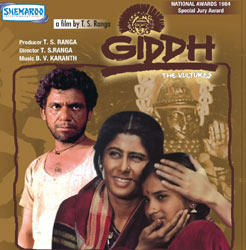 Another realistic movie that tells the story of how illeterate villagers and women are exploited.The story takes place in a remote village somewhere in karnataka, maharashtra border.This is a village were people are living in the extremes of poverty and above all they follow a culture which is centuries old.To sum it up yet another village, which is a source of the perinneal river of prostitutes flooding bombay. 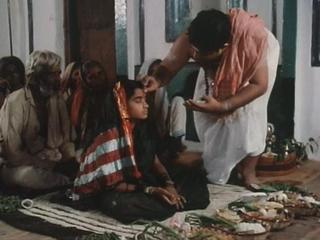 The village has a god called yellamma.The followers of Yellamma, who are mostly poor, and illiterate, take an vow to dedicate themselves, their spouses, or their children in the service of Goddess Yellamma when they are unable to face the hardships of life.Girls are married to the god and made devadasi's, the feudal lords,priests and other guys use this as a reason to take advantage of young girls as young as 14,15 yrs old.Above this there are the pimps who come from bombay and take advantage of the extreme poverty of these peoples and get the young girls to the brothels.Like the vultures that are always on the lookout for flesh.These human vultures are also always on the lookout for flesh. 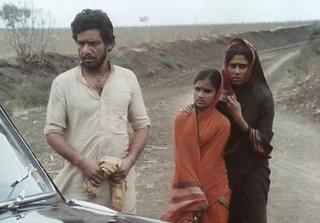 Hannumakka(smita patil) is a prostitute and Bachiya(ompuri) is a pimp, they with the school teacher are against the feudal lord Desai(Achyut Potdar).But as usual the fuedal lord uses his money and power to suppress them.Veeru(Nana patekhar) is a pimp from bombay, who takes advantage of the poverty and gets the girls from the villages to bombay.Hannumakka and bachiya plan to save one girl lakshmi from becoming a devadasi , they try to send her to her uncles place in bombay.whether they succeed in there plan , what is tha fate of the girl is the rest of the story. 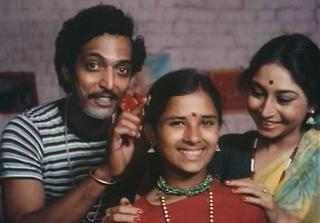 Good acting by ompuri and smita patil especially ompuri who comes as an impotent pimp.Achyut Potdar who always gets insignificant roles has got a good one in this movie.He comes as fuedal land lord and as usual does a decent job. 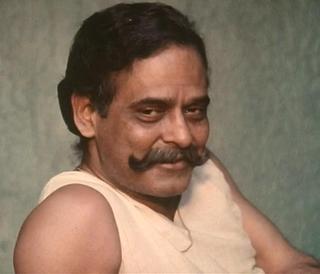 The movie is very dry, like the lives and the lands of the people of the village.There is not even a single scene in the movie that gives a glimmer of hope to those peoples.Even the bore well digging machine that comes to the village is not able to find water in the village.

No big plot and story twist,and the failure of the movie to evoke an anger or deep sorrow like Baazar makes it an uninteresting movie.

The credits where shown on stills of prostitutes.It was kind of shocking to see the first frame like that.