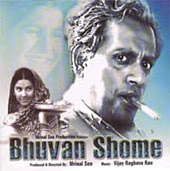 The movie that kicked off the indian "Nouvelle Vague", bhuvan shome is a simple movie with a different narration style for its time.


Based on the novel of same name by Balai Chand Mukhopadhyay(Banaphool), It is the story of transformation of one man ,Mr.Shome(utpal dutt).Shome is a strict disciplinarian who has fallen into a routine.He is one of those high ranking authoritative bureaucrat who follows rules to the T. There is one of his subordinate jadev patel(Sadhu mehr) who has been reported for taking bribes.Shome is about to dismiss him.Shome who is bored of his daily routine,takes a break and decides to go on a hunting trip.He steps out of the closed four walls and enters a world of simple village folks.There he meets gauri(suhashini mulay) ,who helps him in hunting. How his day out in the village transforms him is the remaining story. 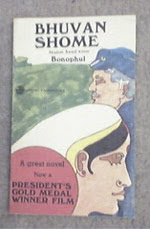 The story of the movie is simple but the way it is told was very different.Mrinal employs jump cuts,freeze frames,juxtaposing,animation images and he pretty much steps outside the line of all film making style employed at that time.This is not like his later movies, which didn't convey much visually.In this movie he keeps things simple and everything is visual.For example you can see the suit clad shome getting into a villager dress,or the man who has been leading his life in a straight path like railway tracks making a U turn at the end in a muddy track with greenery on both sides.The confined rooms and open desert etc. 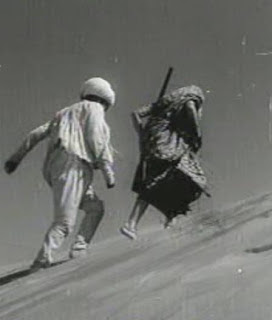 Mrinal has used the music and cinematography also wisely and it all adds up to the overall difference in the movie.Music is by vijaya raghava rao and cinematography by K.K.mahajan.K.K mahajan beautifully captures the natural background with desert and birds. 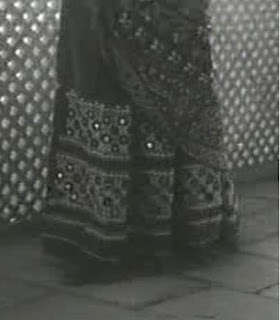 The movie jumps from comedy to sensitive scenes beautifully.Well some credit goes to utpal dutt here.He is in his usual best.And he gets good support from suhashini mullay.You will fall in love with this innocent village girl.You can't tell that it is her first film by seeing her acting in the movie. 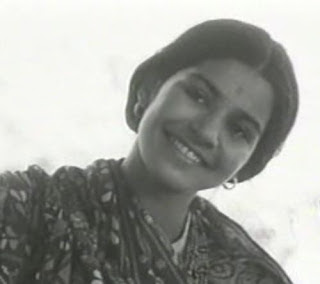 Can a simple day out change a man?.It is interesting to think on those lines.Shome's office is a imaginary world where he has power and he is respected and he is at the top.But in a distant village nobody respects him and he absolutely has no power over anything.The imaginary power hierarchy of the office is not there and he is totally lost.The simple village life and a caring village girl does seem to have changed Mr.Bhuvan.A simple and interesting movie. 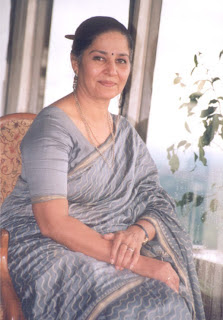 Your blog is indeed a treasure trove!
I am desperately looking for a movie (Hindi, I guess) which I had seen as a young boy in the eighties on Doordarshan. It was about a couple in a lonely desert village (Rajasthan/Gujarat) who were running a guest house (I guess..) and finally ended up killing a traveller out of desperation/poverty... I cannot recall the exact story line. Must have been an award winning movie.
Would really appreciate if you can help me identify this movie (mail me at abyjit@gmail.com)