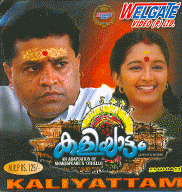 Long before Vishal Baradwaj adapted shakesphere's Othello into Omkara. Jayaraj adapted it, into the national award winning movie, “Kaliyattom“. He takes one of kerala’s traditional dance form called theyyam as the backdrop and seamlessly merges Othello into it. 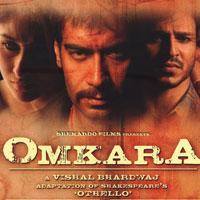 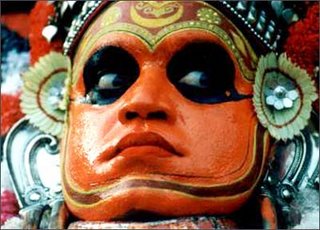 Kannan Perumalayan(Suresh Gopi) plays the lead character in the theyyam's.He has two other persons in the troupe, paniyan(lal) and kaanthan(Biju Menon).Perumalayan falls in love with thamara(Manju warrier),the daughter of a rich guy. They both elope and get married. They are both asked to appear before a respected old man of the village and in that meeting the angry father tells malayan that, his daughter is a wicked girl who ditched her father and ran after him and warns him that one day she will ditch him also and run with some one else.

Among the two guys in his troupe, malayan likes kaanthan a lot as he was the one helped him in his love affair with thamara.Paniyan who plays the role of a joker in the theyyam's is jealous of malayan.He is jealous of the importance given to Malayan in both theyam and in real life. As he is only a joker in the they yam, nobody respects him and he is mistreated by everyone. He secretly wishes to become the lead character one day, and become a respected person. He plots against malayan by poisoning him with the idea that thamara is having a love affair with kaanthan. What happens to thamara and malayan is the rest of the story?. Well people who read othello know the answers. 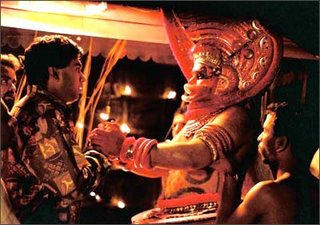 This is a far better adaptation than Omkara.Excellent acting by the lal, suresh gopi and manju warrier adds life to the movie.The theyyam backdrop adds extra color and emotions to the movie.As a lead character in theyyam , malayan is supposed to have a clean mind , but since he starts having the suspicion. He starts feeling that he is not pure enough to be a god and it slowly starts eating him. Suresh gopi expresses that pent up anger , suspicion and love nicely. 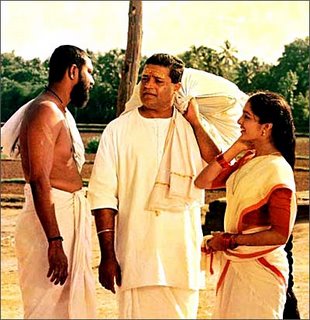 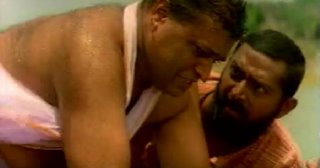 I felt Lal acted a lot better than suresh gopi in the movie.From a joker who is simple and foolish to a very cunning planner. He goes to both the extremes with ease. Lal who was a famous director, script writer, producer was convinced by jayaraj to act in movies.Now he is one of the well known actors in malayalam.

Music:
The movie has very good songs.Especially the climax song "Ennodenthinee Pinakkam".Set on the sahana raaga with beautiful lyrics, this is a wonderful song.

Listen to the songs here

Trivia:
Jayaraj tried his hand on another shakesphere play.He adapted Macbeth as "Kannagi" starring Nanditha Das , Lal and siddique.It was well adapted except for the stupid climax.