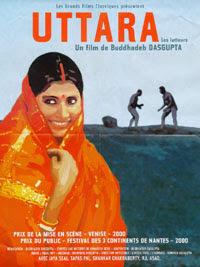 Uttara by buddha deb gupta has all the usual elements of his film, but this time he touches a theme that many around the globe can relate too. 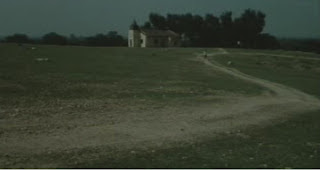 The movie is not a single story.There are a few threads each signifying a certain theme.The movie mainly focuses on the wrestler friends Balaram (Shankar Chakraborty) / Nemai (Tapas Pal) and a father of a local church.Some new people from the city come to the village and the peace and tranquility of the village is disturbed.The father character is loosely based on Graham Stewart Staines who was burned to death by hindu activists in orissa.

The story of these various characters are just for the name sake to convey certain message .As usual some of the usual communist/socialist ideas are abundant in this movie.But buddhadeb makes up for all these with beautiful images shot in puralina, bengal.The movie has this usual buddhadeb magical feel to it.You will hardly see any other characters other than the ones who are significant in the movie.And he employs all the classical shots a low camera angle capturing the wrestlers wrestling right in the middle of the shot, on a mountain with the sky above them.An out of place church with a S path Leading to it.

And there are these dwarf characters and dancers coming now and then.Most of the time they are totally out of place and almost dream like.He breaks some scenes with the dancers coming from nowhere.A serious scenes of a gang chasing a boy to kill is cut off by dancers dancing with a beautiful beat and song.

Ananlysis
***spoilers*****
The movie is a ode to the weaker people.The wrestlers basically represent the Powerful,strong,wealthy people or just USA and USSR.The core theme of the movie is that the basically humans are responsible for all bad things that is happening in the world and significantly, it is the stronger/tall people and not weaker/short peoples.The stronger don't care about love and care.In this both of the wrestlers are more interested in fighting with each other than taking care of their family.women for them is just a sex thing.There biggest happiness is wrestling with each other than their family.It could be gov't rather than taking care of its people indulging in war and confronting other countries.

The movie stats with the beautiful scene of woods in the village where there is tranquility and peace.It is disturbed by human beings.The people from the city are another example of stronger people who are only interested in sex and violence. 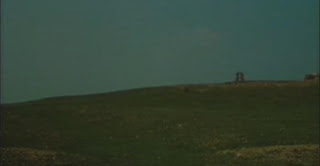 The dancers are peace harmony and traditional ways from which we are deviating. Buddhadeb is indirectly asking us to follow our old tradition and customs which were made for us to live in peace and harmony.The small boy represents the future generation which has witnessed violence on first hand and joins the dance troops.Basically a positive message that the future generation will be more peaceful and harmonious 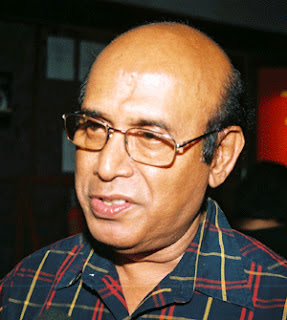 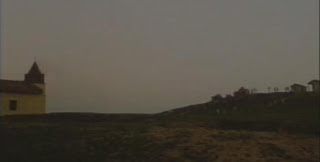